For the love of India

I am currently experiencing a reignited love affair with Indian food. I grew up with an East Indian girlfriend whose father used to boil a pot of chai on the stove while she warmed up her mother’s cooking as I sat at their kitchen table. We would sit, sip, and “talk story” as we say here in the islands. She and her mother were famous amongst friends for lovingly making Samosa’s that she faithfully brought to every social gathering.

I had long forgotten those memories until a date took me several months ago to the new Indian restaurant in our town, and they all came rushing back. After an amazing meal of Curries, Peshwari Naan, and Masala Chai I was hooked.

I have since been there several times, and the list of recipes I am dying to try at home keeps growing!!

I enlisted the help of another Indian friend, who had just spent two years abroad in India, Thailand, Bhutan, and Myanmar to teach me a thing or two in the kitchen. Together we made Roti, Daal, and Aloo Gobi.

I have also done a fair share of internet research and came across an AMAZING blog created by a young couple named Prerna & Abhishek, called Indian Simmer. There recipes are fantastic and the photography is gorgeous. Take a look…

I have tried out several of their recipes and have not been disappointed by a single one! My favorite is for Prerna’s Chai with Ginger and Cardamom. (I modified it by adding an additional cinnamon stick to the recipe…I LOVE cinnamon!) I also skip the dairy and use condensed coconut milk in my version.

Here are links to my favorite recipes: 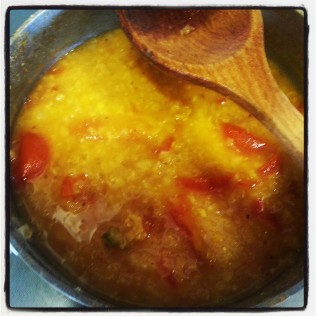 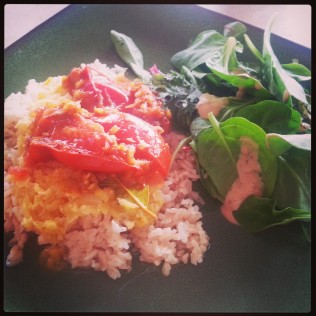 I am still searching for a Peshwari Naan recipe, and next on my bucket list after that is Tandoori Chicken, Malai Kofka, and the dessert Gulab Jamun.